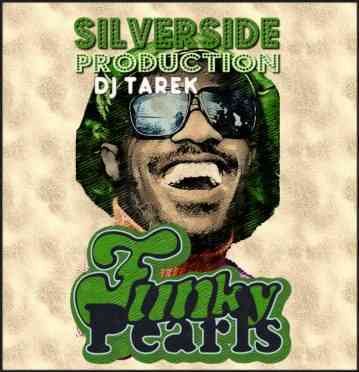 While being known as one of the best French specialist of Funk and Soul, there was not too much that could predict Tarek’s international and brilliant DJ career.
Naturally carried and inspired by music at a young age, Tarek builds himself a strong and solid musical background that he loves sharing with all. The media then gives him a fortunate opportunity in 1990 when he becomes the assistant disc jockey on Radio Voltage FM.

This first experience enables him to meet artists and deejays alike: Tarek discovers then another way to share his passion....
These encounters are a real revelation for him, they represent an unprecedent shock! From that moment, his mind focuses only on acquiring turntables and his first mixer : it is during that period of time, in 1991 more precisely, that Tarek becomes DJ Tarek.

His first steps at the time in a booming DJ world are tough, but Tarek is well rewarded by passionate fellow musicians and loyal followers alike. Step by step, DJ Tarek develops his technique and builds his solid reputation through his refined, original and rare musical selections.

It is only after many praises from that particular scene, as well as a wide success through various well orchestrated and memorable events throughout France and abroad, that Dj Tarek decides to create his own production structure by launching Silverside Prod.
Although he multiplies events and fine tuned productions, this passionate artist, deejay and producer, remains grounded and humble towards his accomplishments :

Since his reputation and hard work speak for him, DJ Tarek is solicited to mix and compose the intro and outro for « Hip Hop Raï » (Vol. I and II - Universal Music) and is back on the airwaves launching and producing the « Funk & Délices » show (106.7 Fm) for the 2003-2004 season. Alongside are master interviewer Karim ( THE SOURCE ) and Rnb DJ Naizdi ( SILVERSIDE TEAM ).

Although juggling with a busy schedule (Official DJ for events like FLASH de LA COURNEUVE * ( French national champion of American football in 2003 ); soundtrack for fashion shows and dance crews, DJ Tarek is full of energy and always remains « simple but funky » when playing all over France or abroad.

When asked what he wishes for the future, Tarek answers with a big smile (his trademark...):
« Create a new musical genre maybe… but mainly to continue making people vibrate for many more years through Funk, Soul and New Jack Swing! »